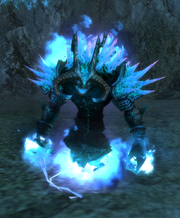 A pet is a companion or creature that can be summoned by players. There are four different types of pets - Battle Pets, All-Class Pets, Mounts, and Summons. All types of pets except summons are stored within the Pet Bag, and can be hatched or reverted to eggs at a Pet Manager.

Only one pet can be summoned at a time, regardless of its type.

Battle pets have their own set of skills that they can learn and use in battle. By default every battle pet that is tamed will have its own set of skills of varying levels, however these can be unlearned or even upgraded. To learn, unlearn, or upgrade a skill, players must take their pet to Mrs. Zoologist, or Zoologist Yin if it is a water pet. Each pet skill has a maximum level of 5.

Summons for both mystics and stormbringers have skills that are unique to the type of summon they are. They cannot have the same skills as battle pets nor can they unlearn or upgrade their skills. Mystic summons can learn additional skills by upgrading the summon skill itself.

Both battle pets and mounts have a hunger meter which can be replenished with pet food. The hunger meter will drain naturally every 5 minutes, causing the pet to become hungier and lose loyalty depending on how hungry it is. Players can prevent their pets from becoming hungrier by equipping a Mystical Tome. Arcane Book: Pet, an item purchasable from the Boutique or Event Boutique, can also prevent the pet from becoming hungry however only lasts 7 days. Feeding pets with pet food will also increase its loyalty.

Increasing loyalty will benefit the pet by boosting the amount of EXP it can gain as well as some other benefits exclusive to the pet type it is fed to. Both battle pets and mounts have their own food preferences, meaning they will only eat pet food of certain categories. For battle pets, the type of food they will eat depends on their pet group type. Mounts will mostly eat food from the meats, greens, and pure water category, but are also known to have additional food preferences. Pet food can be obtained by killing monsters, exchanging Perfect·Token of Luck, or purchasing from the Pet Manager, located in most major cities. 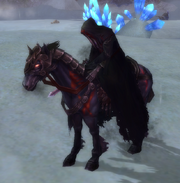 Battle Pets are a type of pet exclusive to venomancers. Most battle pets are Wraiths that can be tamed by venomancers and then used to aid them in battle. They are fully controllable but can also be set to function slightly independently. There are 4 different terrain types a battle pet can have that restrict where they can be summoned and where and how they travel - land, air, water, or all terrain. They have their own leveling system and will gain EXP from killing enemies or using Feral Soul Stars on them, but not from other sources such as quests. They also have their own set of skills when tamed, which can be upgraded or unlearned through Mrs. Zoologist, or Zoologist Yin if they are a water type pet. Battle pets can also be given custom names at these NPCs by using a Pet Collar.

Battle pets are also mostly part of a certain pet group, which dictates what type of food they eat as well as the amount of stats they gain each level. Most pets within the same pet group will also have the same appearance, only differing in size or color.

All-Class pets, sometimes also referred to as Baby Pets, are a vanity type of pet that all classes can use. They cannot aid players in battle and only exist for aesthetic purposes, following the player around. They do not have their own set of skills, cannot be fed with pet food, cannot be killed, and the only stat available to them is run speed. Similar to battle pets, there are all-class pets that serve as ground pets and air pets, though their terrain type is not listed anywhere. They can also be given custom names using a Pet Collar at Mrs. Zoologist. All-Class pets can be obtained from a number of sources, including crafting them from battle pet eggs, special packs, and events.

Mounts are a type of pet designed for the player to ride around on for faster run speed. They do not aid players in battle. Mounts cannot be tamed like battle pets nor can they be crafted using battle pet eggs. They can also only be used on land, as they cannot fly and will stow automatically if the player lands in water. They can be purchased in the Boutique or Event Boutique, obtained from Arc Codes or from various events or quests. Similar to battle pets they have levels, a hunger meter, and a loyalty meter. Higher loyalty for a mount means a better EXP growth rate and a lower chance of the player being knocked off the mount if they are attacked. As the mount grows in level, its run speed will increase. The maximum speed a mount can possibly have is 11.0 m/s, however some mounts may have a maximum speed of 10.0 m/s or lower. Most mounts that achieve a maximum speed of 9.0 m/s or 10.0 m/s can be upgraded using spurs at a Pet Manager.

Summons, or Covenant Guides, are a type of pet exclusive to mystics. They do not reside within the Pet Bag nor do they take up slots for the Pet Bag, but are considered to be a skill instead. They function very similarly to battle pets as they can be healed by both mystics and venomancers, and have their own set of skills that are unique to the summon. They also have stats that increase with the summon's level, which is identical to its owner's current level. Unlike battle pets, summons have their own set of Mana, named Chi, which is used to cast their skills. They do not have hunger or loyalty levels. Each summon can be obtained through a Covenant Guide quest as the mystic increases in level and Spiritual Cultivation.

Stormbringers have a skill that allows them to summon a copy of themselves, Lunar Shadow, that also technically works as a pet but is not usually regarded as one. They also do not take up slots in the Pet Bag as they are considered to be a skill. They have their own set of skills and otherwise function like a battle pet. While they cannot be healed by the stormbringer themselves, they can be healed by mystics and venomancers.